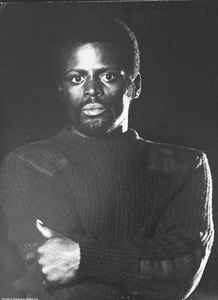 It’s with great sadness that I share the news of the passing of reggae musician Vivian Weathers on 1st May 2021. We both attended Tulse Hill Secondary School in south London, were in the same class in our first year and were friends from the age of eleven. He was 69 years old.

Vivian was a talented singer-songwriter who never realised his full potential. Leroy Smart’s popular ‘Pride and Ambition’ was written by Vivian, but he was not even credited on the record. When I decided to make reggae recordings of my poetry, it was Vivian who showed me how to go about it. He played bass on my first three albums, Dread Beat An Blood, Forces of Victory and Bass Culture.

I introduced him to Virgin Records and he recorded his first album, Bad Weathers, which was released in 1978. When I moved to Island Records, I also secured a deal for him to record an album with them. Two singles were released by Island but the album, which I had helped to produce, was never put out. Vivian never got the break he deserved in the music business. His last release that I know of is ‘What is Man’, a single which came out in 1987.

When I began touring in the late 1970s, I performed with backing tapes to begin with, joined on stage by three dancers including Vivian and Winston Curniffe, another school friend who played drums on my first three albums.

Vivian had a pleasant, outgoing personality, although he suffered from chronic depression. An accident which left him with severe back injuries curtailed his ambition to make it as musician. For more than a decade we have been neighbours. I am grateful for his contribution to my career in reggae music and I will miss him. May he rest in peace.